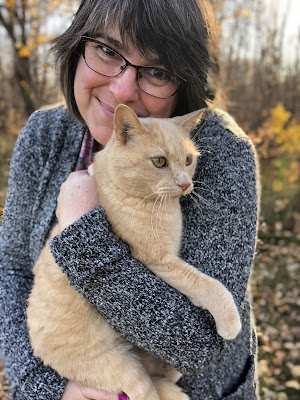 Well hello dear readers!  It's been a bit again hasn't it?   I've had one hell of a month quite frankly.  I headed back to work at the end of August which, if I'm being honest, was exhausting.  It's chaos.  It's overwhelming.  But it is also so damn good to be back with kids in the classrooms.  The kids are so happy to be there too so that makes each and every long and tiring day worth it.  I have revamped my whole library program to become the "travelling librarian" and I swoop in and out of classes, bringing the library to the students instead of them coming to me.

To add to the exhaustion of being back to work I ended up having some dental work done that went rogue.  It started out a year ago when I went to the dentist complaining of pain in my tooth when I'd bite down on something.  He xrayed and couldn't really see anything so told me to come back if it started really bothering me.  I actually took that to mean I was basically silly and a hypochondriac and so kept telling myself it wasn't that bad.  Except it was getting pretty bad and by the time everything shut down in the spring it was really bad.  But being ridiculous I kept thinking maybe it wasn't "emergency" bad.  Which brought me to August and it was hurting pretty much constantly, waking me up at night, and I was taking advil around the clock.

So I got into see the dentist (not the same one) who did an xray and said he couldn't really see too much, but "maybe there was something down towards the root of my tooth" and then he did some sort of sorcery with a blue light of some kind and discovered there was a fairly large crack in tooth.  The plan was to take out the ancient (since I was a teenager I think) filling, drill down, then start filling up my tooth, and finish it off with a crown.

A week later on a Monday afternoon I walked into his office, sat down in the chair, and had the filling done. I was pretty amazed that I didn't have any discomfort during the filling.  Usually at some point they'll hit a spot that isn't frozen enough and I'll be miserable.  This seemed so easy.  I thought I was going to get off easy. He warned me it was deep and that the nerve had been disturbed and that I should take Advil before the freezing came out.  He also mentioned it might take seven to ten days to heal.  Long story short it did not heal.  Instead I ended up with a massive infection in my jaw bone, the worst pain I've ever felt in my life (worse than childbirth, surgeries and broken bones, no joke) and lockjaw.  On the Friday afternoon I sat in the chair again, this time for three hours getting a root canal done.  The root canal was over three weeks and two separate rounds of antibiotics ago now.  I still can't quite open my jaw all the way yet and there's still a tiny bit of swelling along my jawline, but pain wise I'm doing ok and I can eat food again, which is a huge plus.

It was truly AWFUL though. All I could manage was to go to work, come home and go to bed, usually in tears. So let this serve as a public service announcement.  Don't leave things go until they're really bad.  Especially because you feel silly or embarrassed.  You'll feel a whole lot worse in the end.

Anyways, as a result, all my grandiose plans of sewing all sorts of things for fall fell by the wayside.  I'd had plans for a couple of last minute warm weather makes, some Lander Pants, a Tami Hoodie, and some new tees for fall.  None of it got done.  My crafty to do list is as long as it was at the beginning of the month. But I did manage one simple project to make myself feel better. 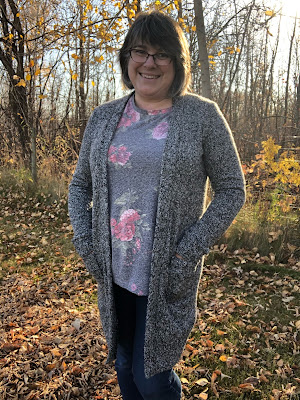 There is nothing like a TnT pattern to get a sense of accomplishment, and what better tried and true pattern for fall than a Blackwood Cardigan.  I've been wanting another long length Blackwood for ages and I had a nice cozy hacci sweater knit that I knew would be perfect for it. 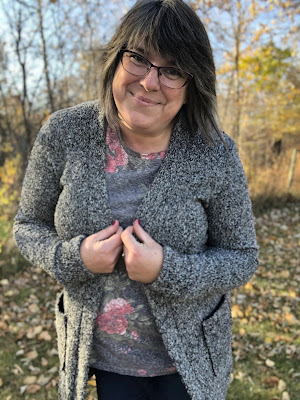 The pattern and fabric pairing did not disappoint.  Its snuggly warm which is perfect for this time of year.   The grey and black marled knit makes it so easy to pair with pretty much everything in my wardrobe (including this Elliot Tee I made last winter).  I think this might be my fifth time making a Blackwood.  Or is it my sixth?  I feel like I'm forgetting one of the ones I've made...  Whatever the number, there is a reason I keep going back to it.  I enjoy sewing them and I love wearing them. Really, what's not to love about a TnT pattern you can cut out and sew up and be wearing in a matter of a few hours on a quiet afternoon? 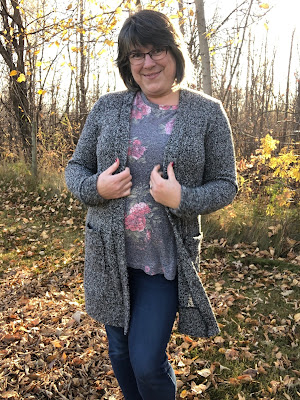 I'm hoping to get back into the swing of things down in my sewing room again now that I'm starting to feel better.  My to do list has grown again.  I still want to whip up those warm weather makes. (I have them cut out and I hate to leave projects cut out and not sewn), but now I'm also itching to make another coat.  I've been wearing my Ellsworth Coat that I made for the Minerva Blog almost every day this fall and I love it, but I want something a little more traditional in terms of fabric I think.  I do have some lightweight coating/lining in my stash and I have a couple different coat patterns I'm debating that are also in my stash - the Love Notions Octave Coat* and the Sew Over It Dahlia Coat.  So watch this space... maybe, just maybe I'll get something checked off that ever growing list before the next time we talk!  Until then, I hope you and your loved ones all stay healthy and happy!

I can't quite believe it's already the end of summer.  I still have summer sewing I want to do, but the temperature is definitely co... 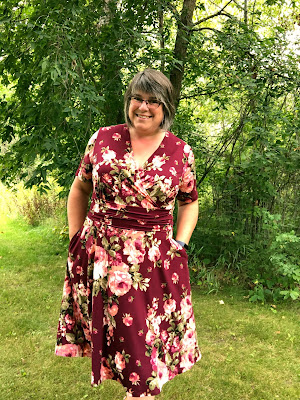