My Helen's Closet Suki Robe finally got made in May!  A couple posts ago I was telling you how I had purchased the pattern and ordered some embroidered cotton from Minerva almost immediately after and then I sat on it for the last few years.  Like so many projects I have NO idea what took me so darn long to make it.  I was obsessed with the idea of a shortened Suki as a summer cover up for over tank tops and tees after seeing Helen's version on her blog. Really, it's a bit silly to say, but the thing that held me back was deciding on the length I needed to make the robe.  (Told you it was silly! How do I let things like that hold me back?!?!). 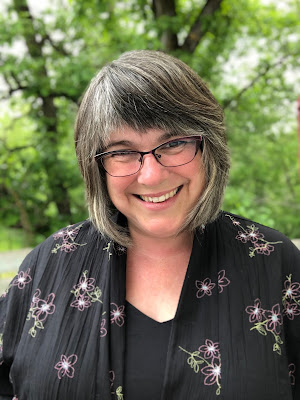 This spring I took the fabric back out of it's pile it had been languishing in and put the pattern pages together - oh yes. I'd even printed it out as soon as I bought it.  My ridiculousness knows no bounds.  Ha ha!   It was such a quick sew once I got started.  And I was so happy to have it done!  I'd planned to wear it during Me Made May but alas.  I had absolutely nothing that looked good with it.  My love of florals can sometimes be a problem given almost all my tops are in some sort of bold floral print or another.  I really wanted a solid coloured top underneath so that the embroidery on the fabric could really shine. 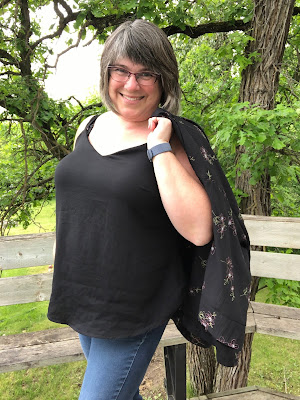 Took me a few weeks more to get around to getting some solid coloured linen-look black fabric and whip up a modified ITS Crystal Cove Cami, but I got it done eventually - not in time for Me Made May of course, but whatever.  My Suki is done, I love it, and I certainly don't need to wait for an occasion or event to wear it.  I'm going to sew up a pink Crystal Cove as well so I can have a couple colour options to wear.  I bought a metre of it as well when I bought the black, I just haven't got around to actually making it. 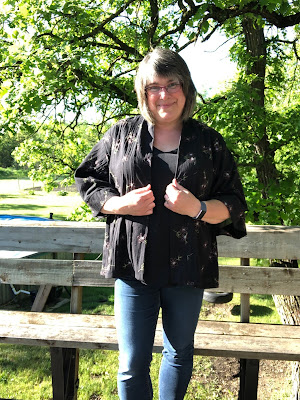 Oh! And all that fear I had about the length?  Well - actually it turns out I cut it too short really.  Ooops!  But the world didn't come crashing down on me, nor did the gods of sewing punish me, so I guess it's alright. Ha ha!  I just used some really wide 2" bias binding I had in my stash and created a facing type hem instead and made a note on my pattern to add a bit of length for my next one.  Did I mention how much I love my shortened Suki Robe?  I might splurge on some pretty fabric to make a full length robe for lounging at home too down the road, but I've not had anything catch my eye just yet.

My other project that I am super happy I got made is another Helen's Closet pattern, the Ashton Top.  I sewed it up on the last day of Me Made May and immediately put it on for the rest of the day. I definitely need more in my life because it is getting a bit embarrassing how often I wear mine.  I hadn't sewn anything with linen in so long that I'd forgotten what a joy it is to work with and how amazing it is to wear, especially in the heat of summer.  The Ashton Top was another pattern that I've sat on forever.  I think I got it last summer when Helen started talking about "Ashton August" and all the hacks she was planning for it.

I joke that this past winter was the "Winter of Elliots" because I made and wore the Elliot so often - actually I just realized I'm wearing an Elliot tee as I type this!  I'm thinking I may have to dub this the "Summer of Ashton" because I continually wear it... see comment above....  It's just so easy to throw on with jeans, or shorts, or palazzo pants and it's cool and comfy and if it wrinkles I do not care because it's linen and that's what linen does. 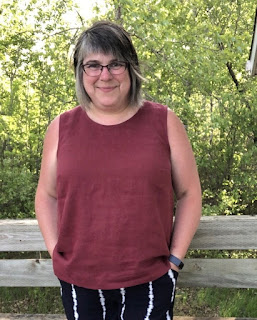 I'm currently putting linen in and taking it out of my cart online because I know I shouldn't actually buy fabric.  I don't need fabric.  But I want fabric darn it.  I've even braved going to the fabric store specifically to look for linen.  (Didn't find anything I loved for an Ashton so it was kind of a disappointment - although I did find a great bargain on a linen blend for some floaty, breezy Winslow Culottes...) What I do think I might do, is take apart a dress I made forever ago when N graduated from high school and use the skirt of it for an Ashton.  It was a black and white linen blend print that I loved but lets face it.  I'm never going to fit into the dress again, so I might as well enjoy what I can of it! 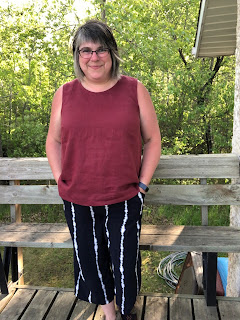 So that's been my two - well I guess three with the Cami - new sews for summer that I'm going to be living in.  If you see me wearing either of them on constant repeat, just pretend you don't notice.  I'll try to at least make sure they're clean...


I challenge myself to wear at least one me made garment each day and to assess what the holes in my me made wardrobe are and to try and fill those holes by sewing some new garments.

Well, I did wear at least one me made garment each day and as it turns out, without a single repeat.  Which tells me I have a heck of a lot of clothes and not a whole lot of holes in the wardrobe.  Although, I did notice it was tops, tees, cardi's, hoodies etc.  Other than a few pairs of me made shorts, I haven't got many bottoms to go with the tops.   So I guess if I'm meaning to fill holes, that should be where I start.  I mentioned a pair of Winslow Culottes, but I also want to make a pair of cropped Lander Pants and I have fabric put aside for the Arden Pants as well.  We'll see how it goes though.  If nothing else, I tend to be pretty fickle with my sewing plans.  "Oooh look at the shiny new thing... I want to make that instead!"

Until next time, take care of yourselves and each other.

Posted by prairiegirl at 5:16 PM 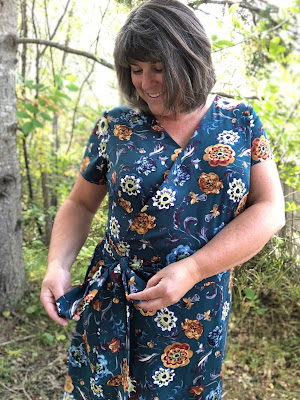